Kusiak Construction continues to build on its reputation as a leader in Northwest Indiana’s construction and home improvement scene.  The Hammond-based contractor is getting some love and respect for their work at Anderson Winery and Vineyards.

Just recently, the  Valpo Chamber of Commerce and the City of Valparaiso presented Kusiak Construction with its highly-coveted Valparaiso Community Improvement Award.

While putting awards and trophies on a mantle are a source of pride, it’s Kusiak’s backstory and humble beginning that has earned the respect of the region. 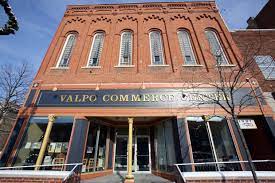 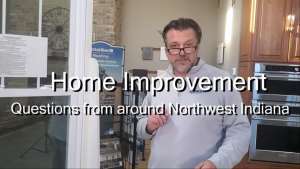 The Valpo Chamber of Commerce and the City of Valparaiso hosted a recognition luncheon sponsored by Northwest Health and NITCO on July 23rd. The luncheon included leaders from Lake County and Porter County.

Dave Kusiak, founder, and CEO of Kusiak Construction has always been a big fan of Valparaiso’s forward-thinking community and couldn’t be more honored to earn the recognition. “We built our reputation by over-delivering and under-promising. Earning the respect and testimony of a satisfied customer is the cornerstone of our business growth. We couldn’t be more proud of the recognition. We are especially proud and excited for our growing team of carpenters and craftsmen that call Valparaiso home!”

Local pride is significant to the Kusiak culture.

If you haven’t heard Dave Kusiak’s story, you should! It’s a good one. Dave Kusiak is legendary for his spirited talk radio show, where he loves to talk about NWI politics, sports, culture, and home improvement.  While Kusiak’s success was built on hard work, it was his passion for Northwest Indiana that helped the contractor get Kusiak Construction started. When Kusiak started his contracting firm, he only has a cell phone, a truck, and a huge following of friends and fans around the region. Kusiak was an open book and people trust him for his grassroots integrity and work ethic. If you ask his fans, Kusiak embodies the spirit of the region.

Kusiak’s popularity in the region may have helped the NWI native get his start as a contractor, but Kusiak Construction’s growth and expansion came from the results of his crews. Kusiak’s culture of working as a team and creating win-wins attracted Northwest Indiana’s best roofers, carpenters, and tradesmen. Kusiak’s charismatic leadership and Northwest Indiana values were attracting the best talent from Lake and Porter County.

According to Kusiak’s bio, “Our reputation for good work did more than just attract more business, it also attracted the region’s best carpenters and craftsmen.”

While establishing his reputation as a roofer and exterior contractor, Kusiak always dreamed of growing into a complete home improvement company. He also dreamed of expanding his business into neighboring Porter County, but for Kusiak, you grow your business one customer at a time and attracting the best people through a solid reputation. Kusiak Construction got both when a friend from Valparaiso merged his 40-year-old company with Kusiak Construction and took his talents to 1235 Summer Street in Hammond.

For years, Kusiak would frequently partner with legendary home improvement guy, Bob Popovich. With a shared view on quality and service, Kusiak Construction and Popovich’s Steel City would work shoulder-to-shoulder on projects. When the businesses were not able to keep up with demand, they would recommend each other.

The two companies complemented each other. While services did overlap, Popovich’s Steel City handled more interior remodeling while Kusiak took on exterior home improvement and roofing.

Working like brothers, Kusiak decided to merge companies with Steel City Home Improvement. With Bob Popovich on the Kusiak Construction team, Kusiak realized his dream of being one of Northwest Indiana’s complete Home Improvement Contractors. It also made them one of the most experienced.

Sign of Good Work! Early on, when Dave Kusiak first started out as a contractor, his business was lean and efficient. His phone served as his computer, his garage was his warehouse, and his lawn signs served as his marketing platform.

Soon, Kusiak’s lawn signs were up everywhere. You couldn’t miss them. Some people thought it was smart marketing, but Dave Kusiak considered them as signs of good work.

Winning the Valpo Community Award is a Sign of Good Work!

So why is winning Valparaiso’s Community Improvement Award important to Dave Kusiak? Because it’s like having Anderson Winery and Vineyard put up a yard sign.

Valpo’s always been a better place for having Bob Popovich, and now, with his contractor friend, Dave Kusiak, Valparaiso’s a better-looking place too!

Confessions of a Roofer | FAQ with Kusiak & Contractor Bob